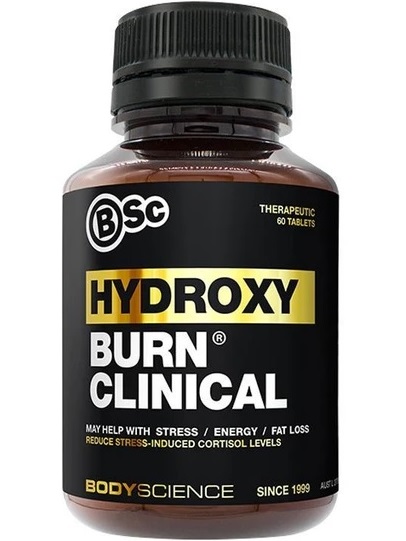 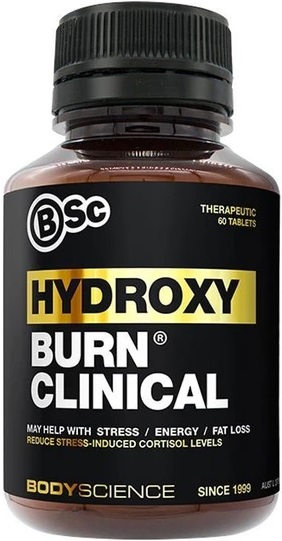 If that’s not enough already, Hydroxyburn Tablets also contains Melissa Officinalis, a powerful herb used to enhance cognitive function, support the nervous system—which let’s face it, can take a beating these days—and reduce anxiety2. Melissa Officinalis has a synergistic effect, when taken in combination with caffeine-containing herbs, such as Guarana, in minimising jitteriness, a scattered brain and the sensation of stress.

BSc Hydroxyburn Tablets  contains a whopping 450mcg of Chromium per tablet, making it a powerful stand-alone Chromium supplement in its own right. Chromium is a mineral that assists in reducing sugar cravings and helps to improve insulin sensitivity, making it easier to avoid sugar and calorie loaded foods so to help make fat burning a priority3. Insulin resistance is a condition linked to overweight and obesity, which prevents glucose from entering the cells at a normal rate, to be used for energy, and also prevents fat burning for energy.

Targeting insulin resistance during weights loss programs will make it easier to get those blood sugar levels under control, so to assist with reducing elevated insulin levels (hyperinsulinemia) and access your fat stores for energy, which is certainly what we want!

Additionally, Hydroxyburn Clinical Tablets contain another mineral called iodine, which is essential for the manufacture of thyroid hormones T3 and T4, both of which set the metabolic rate or the rate at which we burn calories. T3 contains three atoms of iodine, while T4 contains four atoms of iodine. Iodine is therefore a structural component of the thyroid hormones, making it crucial for maintaining a healthy metabolic rate.

How to Use BSc Hydroxyburn Clinical Tablets

Take two tablets each day, preferably before lunch, or as directed by your health care practitioner. It is not recommended that you exceed this dosage.