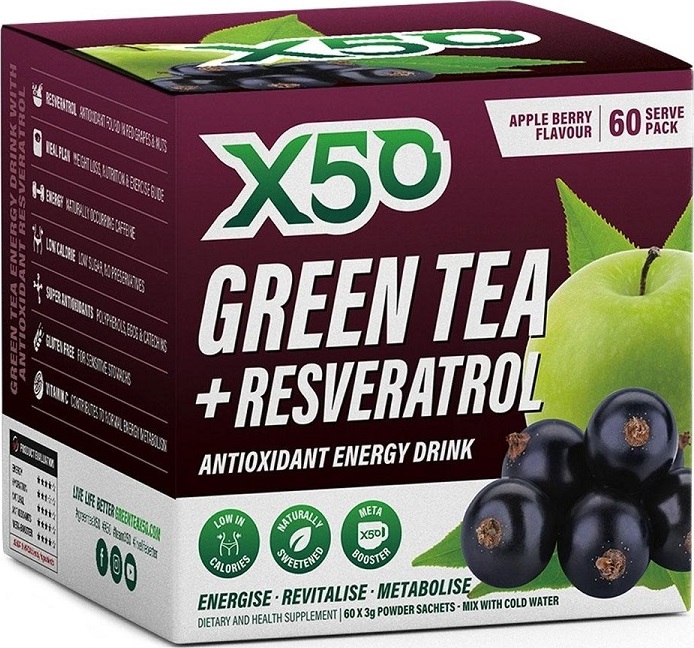 Latest Customer Reviews
Great antioxidant product. I love all of the flavours of this product but the new Mango is awesome. This is a great product if you want to drink more water (but want some flavour) and also want a great - gentle fat loss products... 5/5
Todd | NSW
My wife and I love the raspberry X50 as our first drink of the day.
Michael | Qld
ENERGY
6.0
CAL
CARBS
1.4
GRAMS
CAFFEINE
84.0
MG
Servings
Serves

X50 Green Tea is an energy-boosting antioxidant powder available in a single-serve sachet, available in nine different flavours that may be enjoyed cold or room temperature. X50 is loaded with antioxidant rich superfoods, including Green Tea and Fallopia japonica (resveratrol), and offers the immune-supportive benefits of Vitamin C. X50 Green Tea contains natural flavours and sweeteners, with each sachet containing 84 of naturally occurring caffeine (equivalent to a medium coffee).

X50 Green Tea is a flavoured and concentrated green tea drink from Tribeca Health that mixes easily in cold or room-temperature water and comes in a variety of flavours, including  the uniquely delicious X50 Green Tea Cranberry flavour. X50 is rich in antioxidants, which are helpful for protecting cells from free-radical damage. It contains green tea polyphenols and catechins, including EGCG, and an antioxidant found in red wine called resveratrol. Each serve contains the equivalent of 20 cups of regular green tea and the resveratrol content of 25 glasses of red wine.

Resveratrol has been shown to increase antioxidant enzymes found in the mitochondria, which is the energy powerhouse of the cell. This supports natural energy synthesis inside the cell. X50 Green Tea may increase the metabolism and assist with fat-burning due to its thermogenic properties, enhancing the benefits of weight loss programs. Clinical trials have shown that EGCG, a natural polyphenol found in green tea, increases the metabolic rate. Green Tea antioxidants have also been shown to increase exercise-induced abdominal fat loss.

This powdeed Green Tea product is perfect for those busy days when your energys levels need a boost. It's certainly a better option than a snack food that might tip your daily calories into the red! And with flavours like X50 Green Tea Raspberry and Passionfruit, this product as refreshing as it is revitalising. Follow this link to check out the Sportys Health X50 stack.

Green Tea X50 is diabetic-friendly, keto-friendly and contains no sugar or artificial sweeteners.

Is Green Tea X50 Good for You?

Green Tea is a well researched herb due to its widespread use throughout the world. Over many decades, countless benefits have been discovered and documented in scientific journals. Some of the benefits uncovered so far are: antioxidant, detoxification and thermogenic. It has also been shown to reduce amylase and lipase activity, which reduces starch and fat digestion.

With less activity of these enzymes, green tea can reduce calorie absorption from a meal. These effects were reported in journals called Scientific Reports (2015) and the Journal of Agricultural and Food Chemistry in 2012. The L-theanine contained in this herb has a relaxing effect on the mind.

There is limited data examining green tea extracts and their use during pregnancy and breastfeeding. It is therefore best to avoid these types of products during this life-stage.

Does Green Tea X50 have Caffeine?

Regular Green Tea drinks contain less caffeine than coffee. However, one sachet of X50 Green Tea has a similar amount of caffeine to a standard cup of coffee. Coffee does not contain L-theanine, which is found in green tea. This amino acid reduces some of the side effects of caffeine, such an jitteriness and anxiety. Both coffee and green tea contain abundant natural antioxidants.

How to Make Green Tea X50

For adults 18 years of age mix one sachet into 600ml to 1 Litre of cold water and consume. Take one sachet daily.

When to Take Green Tea X50

This product can be taken any time of the day, even as a natural pre-workout. As it contains naturally occurring caffeine, anyone who is sensitive to stimulants should avoid using this product too late in the day. 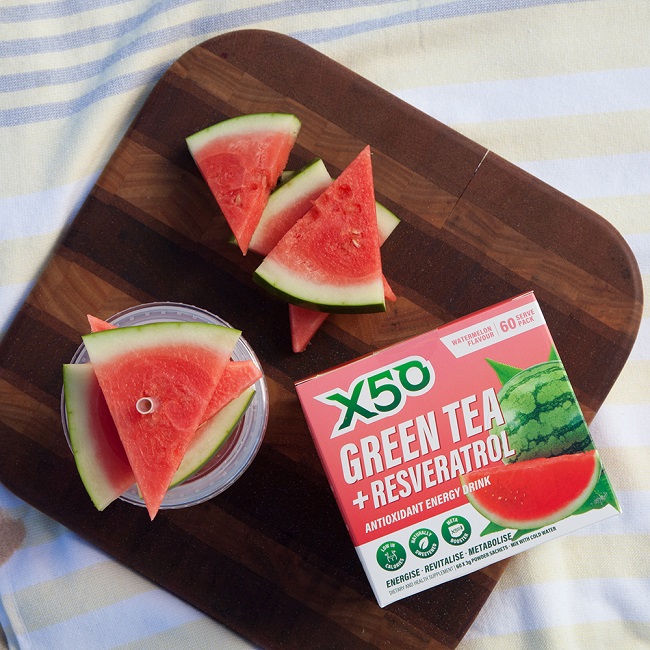 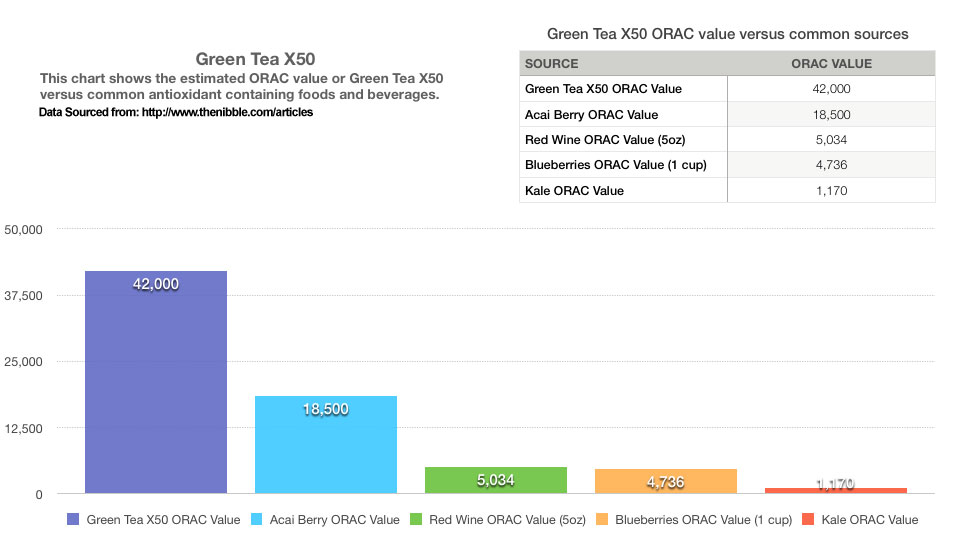 Check out this link for a full review on GreenTeaX50.