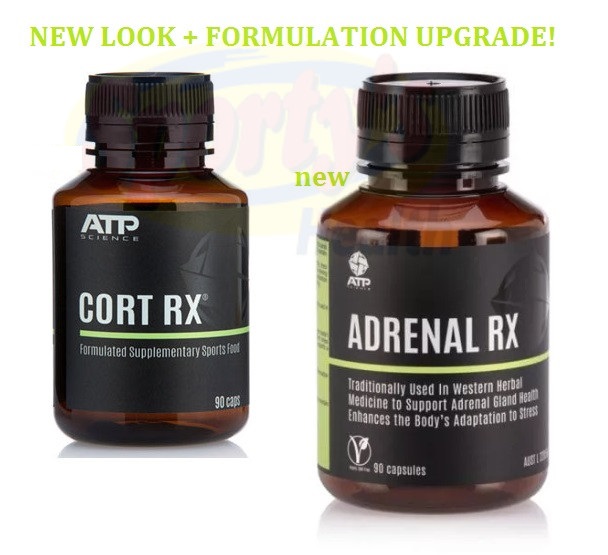 Adrenal RX contains a synergistic blend of herbal extracts, including Curcumin longa, Rhodiola rosea, Schisandra chinensis and Withania somnifera to support adrenal gland health, maintain a healthy cortisol level and support the body with a range of stressors, such as intense exercise and psychological stress.

Adrenal RX is a synergistic blend of herbal medicines offering adaptogenic, nervine tonic, mild sedative, liver supportive and anti-inflammatory properties. Adaptogenic herbs, such as schisandra, withania and rhodiola, are often used to improve the stress-response, whether this stress is physical, mental or emotional. 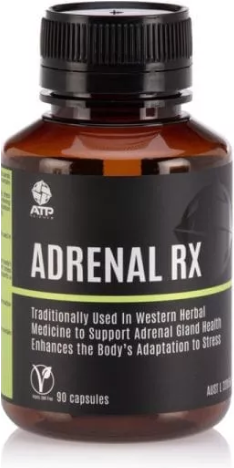 A high caffeine intake, particularly in pre-workouts and other caffeinated beverages, though it may feel good in the short term, may also contribute to exhaustion, as caffeine actually increases the amount of cortisol released1. Adrenal RX helps us adapt to stress by assisting in the regeneration of the adrenal glands. It achieves this by offering a range of therapeutically active herbal medicines that have been used within tradition medicine disciplines, and are supported by the rigorous testing methods of modern science.

Rhodiola rosea is a herb that has served the biology of Chinese Emperors and Vikings, with a lengthy history literally dating back thousands of years. In modern times, this Russian herb has been well researched, with results indicting that supplementation reduces fatigue, boosts mental performance and reduces cortisol levels2. This research put Rhodiola in good standing as a potent ingredient in Adrenal RX.

Withania somnifera is a herb typically used for its mild sedative (caliming) effects, likely due to its GABA-mimetic effect, and ability to reduce elevated cortisol levels3. Furthermore, curcumin is a potent anti-inflammatory phytonutrient found in turmeric root, which helps to reduce the stress-associated inflammation that can occur, which is important for general and adrenal gland health.

Adrenal RX is a fantastic combination of some of the most relevant herbal medicines to humans today, given the types of lifesyles we live, and environments we find ourselves in. ATP Science Adrenal RX may also be useful for gym-goers or sportspersons who are reducing their caffeine intake and not wanting to sacrifice too much energy and speed up the adaptation process to less caffeine.

How to Use Adrenal RX

Take 1 Capsule three times daily or as recommended by your healthcare practitioner.