Coffee Switch offers more than your average barista brew, packing in the benefits of a range of nootropics, herbal extracts and potent nutritionals. With a Coffee Arabica Whole Fruit Extract called Neurofactor, shown in clinical trials to boost brain-derived neurotrophic factor by a staggering 143%! This neurotrophic factor has been identified as an important promoter of memory and learning, supporting neuroplasticity. 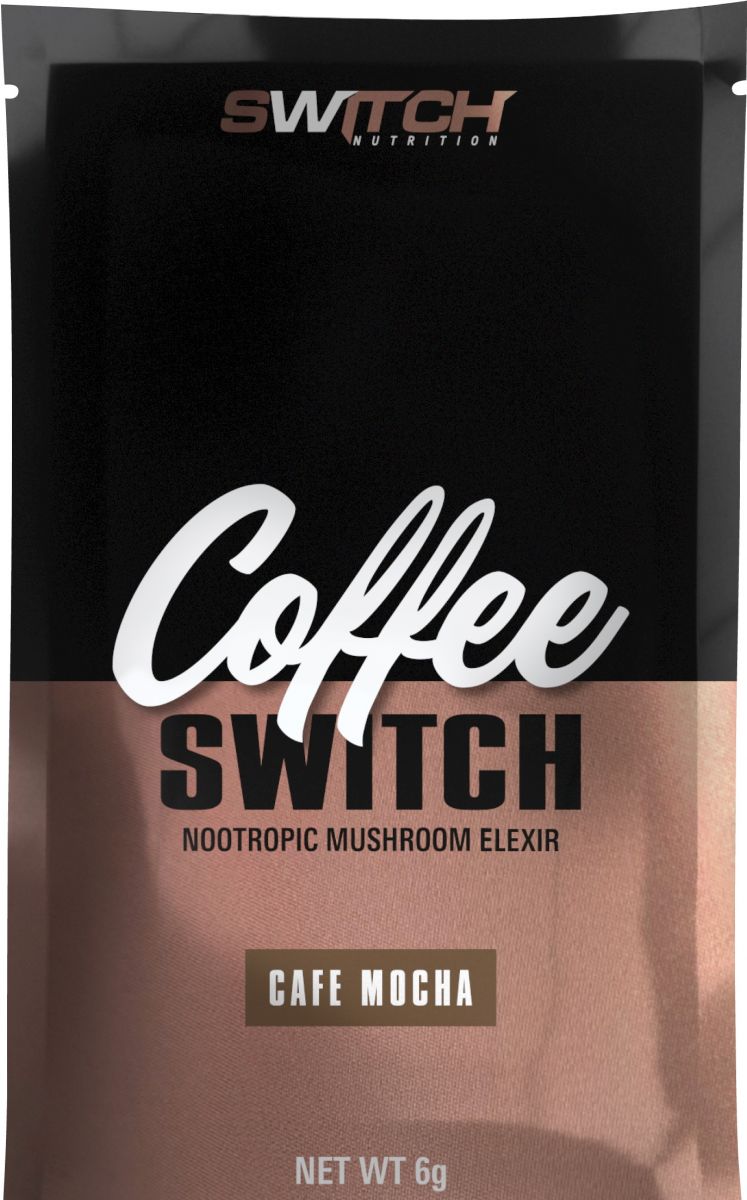 Huperzia Serrata contains a natural compound called Huperzine A, able to increase acetylcholine signalling in the brain. This neurotransmitter also support learning and memory. In addition to medium chain triglycerides (MCTs), Cacao Turmeric  and Medicinal Mushrooms, Coffee Switch is ideally suited to deliver some nootropic benefits with each sip.

Coffee is a natural source of powerful antioxidants, one of which is called chlorogenic acids. This natural phytochemical has also demonstrated some beneficial effects on the metabolism, promoting fat-loss. The natural caffeine content of 115mg per cup is also a well-known ergogenic aid and thermogenic.

Then there's the natural anti-inflammatory effects of Turmeric, the immune beneifts of medicinal mushrooms, and the awesome flavour of this product! With a warm cup of Coffee Switch behind your belt, there's nothing you won't be ready to face, whether it be in the gym, office or home environment.

How to Use Coffee Switch

Mix one sachet into 250ml hot or cold water (or milk of your choice) and stir until dissolved. 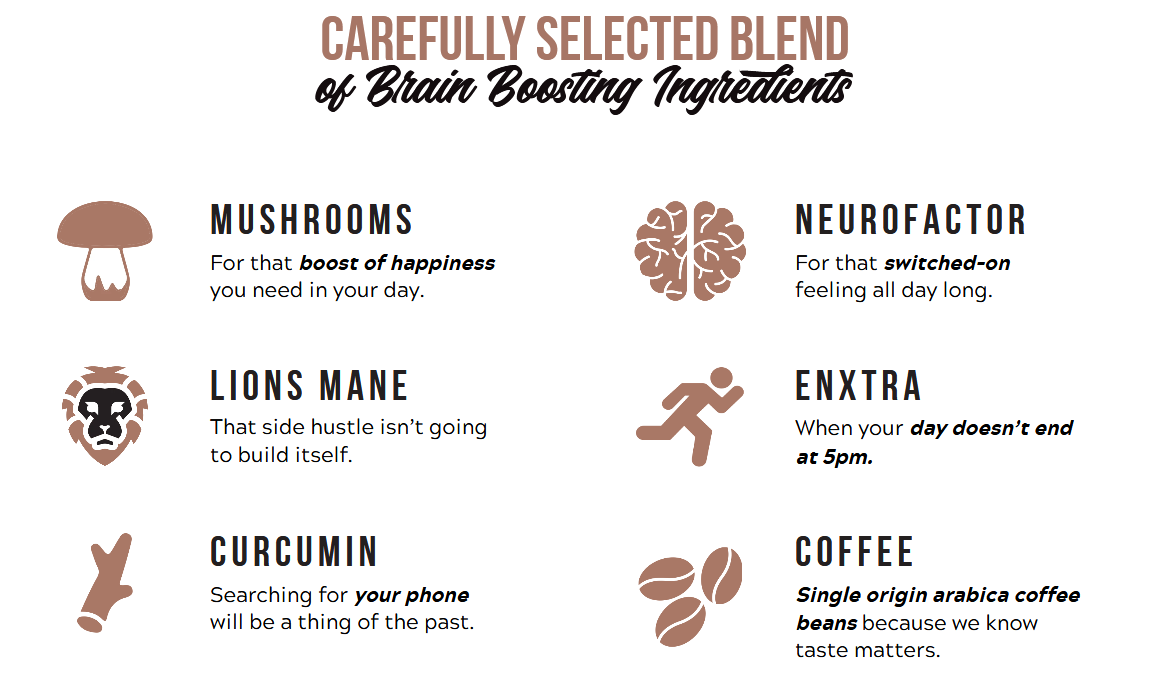